Kurious Arts is a newly formed production company and creative hub based at Castle House, Sheffield. It forms part of the Kollider project, established in 2017 by Adrian Hackett and Nick Morgan to promote social, cultural and economic regeneration in Sheffield through a collection of technology and creative ventures which connect the region’s arts and digital sectors.

The company’s mission is to support emerging, underserved creatives in Sheffield and the surrounding region through the provision of a commercially successful one-stop shop of post production services and facilities which will subsidise community and social action film projects. Kurious will provide employment, skills development and content creation opportunities to marginalised groups of young creatives who would otherwise struggle to gain employment or skills without leaving the region, or indeed the industry.

Representing diverse voices is key to Kurious’ ethos and the target group is intentionally broad to encompass a wide range of people who may have been disenfranchised by the existing opportunities in film production. Beneficiaries will come from a wide range of backgrounds including LGBT+, English as a second language and minority ethnic groups. 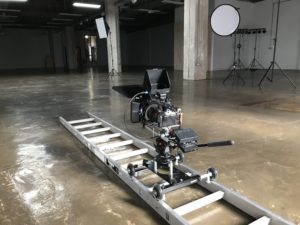 Kurious have taken on the loan to part finance the build and fit out of the new post production facilities and provide working capital to support the operation in its early stages.  The completed hub will be around 8,000 square foot and comprise sound attenuated production and post production studios, production offices, performance and rehearsal space. The launch is planned for May 2021 and demand is strong as the industry emerges from the pandemic.

Sheffield has a flourishing creative scene and is home to over 200 media production and post production companies, with a large cluster of young and emerging film-makers, animators, editors and technicians. There is, however, no central hub bringing together expertise and innovation nor offering the cost and convenience benefits associated with a one-stop post production facility. Kurious identified the lack of facilities and structured support around skills development, funding, access to networks and market as one of the primary reasons for industry creatives to either give up their careers entirely, leave the region to pursue a career elsewhere (usually the South East), or see their career potentially restricted if remaining in the city. Additionally, the lack of infrastructure results in local grassroots creatives and storytellers having reduced opportunities to develop creative projects reflecting their communities. The new facility will bring together the local creative community, attracting both commercial and non commercial projects to support the development of Sheffield’s creative credentials.

As a start up venture, due diligence included a rigorous assessment of market need and potential demand. The ACF team spoke to local production companies to ascertain interest as well as researching post production facilities across the country.  Crucially, the company’s forecasts were conservative, assuming a steady increase in customers rather than full occupancy on opening.  Sensitivity analysis conducted by the ACF team, looking at the impact of weak demand on cash reserves, provided comfort.

The Kurious Directors were keen to develop their social impact thinking and the ACF team helped them consider how to identify and target the intended beneficiaries effectively. This process included identifying the company’s role in the local creative ecosystem and shaping its referral pipeline by partnering with selected organisations working with vulnerable groups in the community.  Kurious identified that film-makers, technicians, actors and writers in the stage following a period of training (typically at university or art/drama school) represent a core part of its target beneficiary group. The team are therefore developing partnerships with local networks, arts organisations, community organisations as well as further/higher education providers to both generate awareness of the new hub and strengthen the support available to beneficiaries during and following membership.

The ACIF loan should enable Kurious to build and crucially operate the post production hub as intended, not to maximise profits but to both attract commercial productions and support community projects.

Kurious intends to support creative content makers through all the stages of film production from ideation, production, post production to distribution. This will be achieved through workshops, mentoring, technical support, access to funding and employment opportunities. Kurious will be a co-producer on some productions, ensuring an appropriate balance of commercial and community projects. It will also develop a proprietary platform to showcase content and provide peer to peer support.

The ACF team is excited to work with such a passionate management team pursuing an interesting cross-subsidy model with the potential to enrich the local community through content creation and employment opportunities. It is hoped that proof of concept could enable the model to be rolled out in other locations.