A new centre for developing diverse young talent in dance and music, driven by a collaborative partnership with East London Dance.

UD is a music education and talent development charity, one of Arts Council England’s National Portfolio Organisations which, in recent years, has been operating from Tileyard Studios near King’s Cross in London. UD was established in 2000 in response to the lack of opportunities for young people interested in commercial and urban music genres like grime, R&B or hip-hop compared to more traditional music provision.

UD offers music engagement, education and career development opportunities for talented young people from diverse backgrounds, predominantly in London. Across its programmes the charity has developed a progression pathway for participants from secondary schools through to industry, with partners including Island Records, Vivendi and the PRS Foundation. Its activities include ‘Industry Takeover’ seminars in business and creative skills, connecting young aspiring musicians with industry professionals, a junior career development centre for 13-18 year-olds and an accredited education offer for 18-25 year olds. Alongside this, UD provides bespoke support and investment for individual artists, helping them to showcase their talent.

Originally a tenant at Sugar House Yard near Stratford in east London, UD’s premises were, in 2016, acquired by Vastint as a part of a redevelopment of Sugar House Island. Demolition of this site meant that UD had to move to premises at Tileyard Studios. At the same time, Vastint were keen to support UD and for it to retain its place in the development as part of a Section 106 Agreement. A new building on the site was offered to UD, although this was too big for it to take on its own. Reflecting on its history of collaboration with nearby charity East London Dance and the synergies that could emerge if they were to inhabit a shared physical space, the two organisations entered into a partnership to use the opportunity to create a new centre focused on urban music and culture – The Talent House.

The Talent House will consolidate the activities of UD and East London Dance and facilitate an expanded cultural offer for both, becoming an engine room for new work and talent development as well as a hub for community engagement and participation (both in-house and through an outreach programme for 14-30 year olds). Once completed, the new headquarters will contain dance and music production studios, rehearsal space and co-working for creative professionals.

The shell of The Talent House site has been offered on a 20-year lease to both UD and East London Dance, whilst the organisations themselves are responsible for internal fit-out and construction, a £4.1m project in total. Cornerstone investment of £1m came from Arts Council England’s capital fund, alongside £1.35m from Greater London Authority, with  a further £700,000 Section 106 funds from London Legacy Development Corporation & London Borough of Newham, which was advocated for by Vastint. The fundraising strategy for both organisations involved leveraging their own private donor networks and submitting joint bids. However, with the transfer of the shell fast approaching, the project had a fundraising gap of over £500,000. For this reason, both organisations made a simultaneous but individual application to the Arts & Culture Impact fund for a loan of £250,000 each. The loan will be repaid from ongoing capital fundraising, which would continue until March 2022, or trading surpluses associated with the new activities at the site. 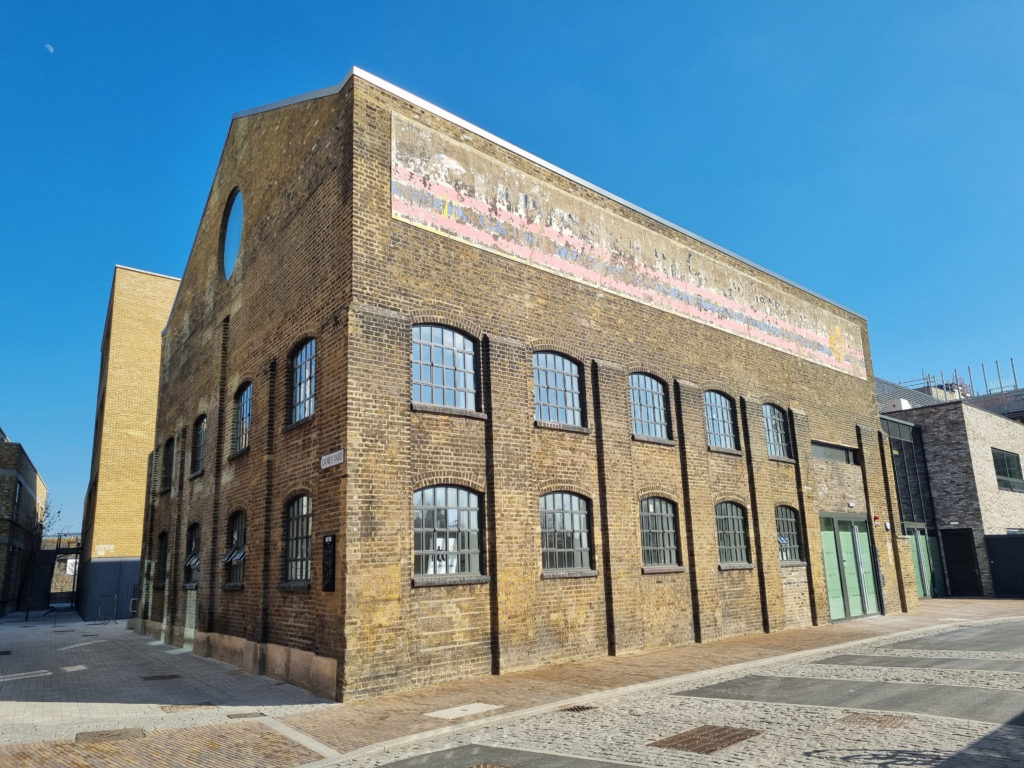 Arts & Culture Finance’s support for this project had a long gestation. UD and East London Dance first approached the team at the end of 2018 and a loan was first approved by the Arts Impact Fund in April 2019. At the time, one of the conditions of the investment was for the project to have secured further capital grants prior to drawing down the loan, which would give us confidence that the remaining fundraising gap would be relatively small (and therefore manageable). However, delays to the shell build meant that this investment offer lapsed. At the same time, Arts & Culture Finance was closing the fundraising process for the successor to the Arts Impact Fund, the Arts & Culture Impact Fund, which launched in March 2020. Around that point, conversations with the investment team and UD and East London Dance began again; in the interim further capital grants had been secured, reducing the risk of the proposal. A new application to the Arts & Culture Impact Fund was approved July 2020, on the basis that fit-out work on The Talent House would start in 2021 and the centre would open at the end of that year.

All this to say that the journey to a capital project can be a long and winding road! It helps to start conversations with potential investors fairly early on in the process so that feedback can be provided in relation to investor expectations and risk-mitigating measures. Since some of the investment committee of the Arts & Culture Impact Fund were involved with the preceding fund, there was some familiarity with the project based on the earlier application. However, there was still a lot of scrutiny over the fundraising pipeline and the organisations’ abilities to close the gap, particularly in a more challenging funding environment in the wake of Covid-19. The gap was considered manageable since a number of bids had already been submitted and a strong strategy was in place for the remaining funds. Speaking of Covid-19, income forecasts in The Talent House business plan were reprofiled to take into account the possibility that the crisis would go on for a longer period.

The collaboration between two established and highly regarded organisations to deliver a project like The Talent House is great to see. Success in this project will mean the creation of something that’s wholly new and additive to the sector, whilst maintaining each organisation’s unique identity, mission and activities.

Once operational, The Talent House will support around 4,000 young people per year to develop their skills, confidence and aspirations through free or low-cost training and accreditation. Additionally, 750 emerging professionals per year will be supported into creative employment or further training. Collaboration with creative industry partners will work to bridge the gap between education and employment opportunities in industry, while independent artists will be able to make use of free or affordable workspace in the building, with the aim of fostering a cross-pollination of ideas and practices.

The centre will also contribute to equality of access for people from disadvantaged and under-represented backgrounds by providing opportunities for meaningful creative engagement, which will extend to decision-making and programming of The Talent House itself through its Youth Advisory Board and ongoing community consultation. This, coupled with close collaboration with the London Borough of Newham and local development agencies, will ensure that The Talent House will play an important place-making role in east London. 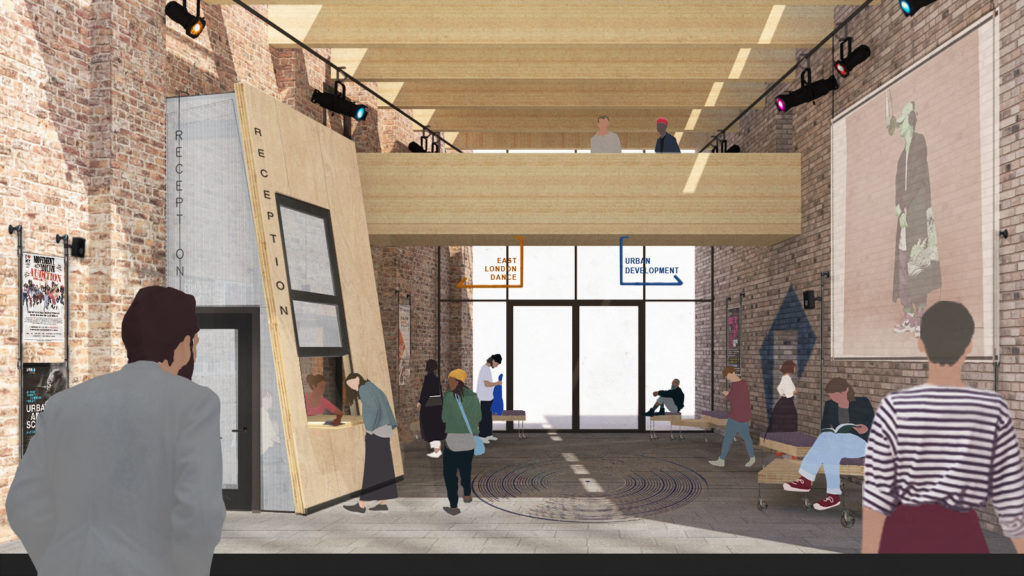